Updated with a clarification of Prince Charles’ tax affairs. The French, being uncompetitive as usual

Democracy is bad for you

In move that can only be described as nuts, the big four accountancy firms, PWC, Deloitte, Ernst and Young and KPMG have clubbed together to take out a full page advert in Hong Kong newspapers opposing the pro-democracy movement.

The FT has translated some of the advert, but the headline of the advert “In Opposition to the Occupy Central Movement” kind of says it all.

Apparently the prospect of things as grubby and unseemly as democracy or the right to protest might make Hong Kong “uncompetitive”. Which kind of makes one wonder what the point of ‘competitiveness’ might be.

The Occupy Central With Love and Peace, to give the movement its full name, wants the Chinese Government to deliver universal suffrage – as it promised it would when taking control of the province from the British.

Here at Wrapper Towers we’re reminded of this quote from Franklin D Roosevelt:

“Unhappy events abroad have retaught us two simple truths about the liberty of a democratic people. The first truth is that the liberty of a democracy is not safe if the people tolerate the growth of private power to a point where it becomes stronger than their democratic State itself. That, in its essence, is fascism— ownership of government by an individual, by a group or by any other controlling private power.”

Examples of ‘state capture’ – and of the Big Four’s generally anti-democratic take on the world – don’t get much more blatant than this. 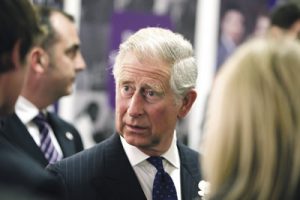 In 1337 King Edward III of England set up the Duchy of Cornwall to give his heir(s) a guaranteed income. In this goal he was, shall we say, successful. Today the Duchy is, among other things, a vast property empire that includes 131,000 acres of land and a sports stadium. It generates some £20m (US$33m) in annual income for the current heir to the throne, Prince Charles.

But though it is like a company, it isn’t really a company: it’s more of a feudal privilege. It is exempt not only from corporation tax and from capital gains tax – but also from the same level of scrutiny and accountability that is required of public bodies.

This cushty arrangement is coming under increasing scrutiny – this time from our good friend (and Senior Adviser) Prem Sikka. Writing in the Huffington Post, Sikka asks whether it is now time for Charles to join the 21st century and for the business of the Duchy to be subject to the same rules and taxes as other businesses.

To be fair to Prince Charles, though (and here at the Wrapper we’re always scrupulously fair) he doesn’t need to pay income tax  but chooses to do so voluntarily, at the top rate. Which, again, makes him pretty different from an ordinary company owner.

“Charles used to pay half of the Duchy’s income to the state in the 1980s, but now he pays income tax. As the tope rate of tax is 45% he pays considerably less than half, and still gets very generous tax deductions for his staff and also enjoys various tax exemptions.” Transparency does have its drawbacks, of course

Developing countries DO want to stop tax evasion and abuse

You’re a corrupt government official. You have too much to fit under your mattress. Even a bank teller might blanch if you brought it in a suitcase. Take pity. Fortunately your Swiss banker is there to lend succour to the needy, just when you need her.

Under current global rules, your friendly tax man won’t be able to find your stash, unless they happen to have somehow ferreted out something specific about your financial affairs. If he has – and if your country is one of relatively few that has signed one of these information-sharing agreements – then he will be able to tell the Swiss that he already has the dirt on you – could they please confirm it, and give a few details?

Well, there’s another way of doing things that TJN has been going on about for ten years or so – and which the OECD finally signed up to in February: automatic information exchange. Under this system, your friendly tax man would would automatically be told about your Swiss bank account.

But the OECD seems to think this system is only really good enough for rich countries.  As Pascal Saint Amans, OECD head of tax, put it:

“Most (developing countries) are not yet ready and most of them don’t want it”.

Really? Well, we at TJN Towers (same apartment block as Wrapper Towers) took a radical step and decided to actually ask developing countries what they wanted – and found out that they actually DO want to stop tax dodging, and they would very much like some transparency, thankyou very much! And even when kleptocratic leaders aren’t gagging for it, their citizens would love to know where all the looted cash has gone.

And guess what. Nearly every tax haven in the world is an OECD country or a dependent of one. And every single developing country has at some point been the victim of looting by kleptocratic élites, who stash their winnings in OECD tax havens! And the OECD isn’t so keen on helping them get transparency.

And read our full report here. 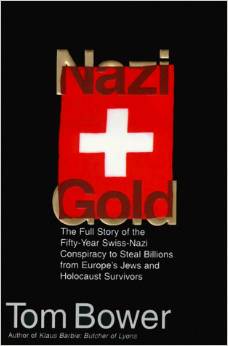 Or read this. It’s a shocker.

One person who was not paying tax voluntarily, it seems, was a one A. Hitler (died: 1945). According to a new documentary, historians have traced billions of pounds (in today’s money) that he managed to stash in Swiss bank accounts during his dictatorship. (And if you believe the Swiss fable that the setting up of banking secrecy in 1934 was anything to do with protecting Jewish money from the Nazis, we’ve got a bridge to sell you. Or read this.)

Hitler also made the government buy loads of his vile and rubbish books and pocketed the money – and passed a law making his earnings tax exempt.

So: why stash all your money in secret bank accounts if you are a one-man tax haven anyway? Well: being a billionaire, apparently, wouldn’t have been good for the man-of-the-people image he was trying to cultivate.