Forever in your debt

Last week saw news of a major decision from the US Supreme Court on the long running feud between the Government of Argentina and vulture fund, NML Capital.

The case centres on NML Capital’s $2.5bn acquisition of Argentine debt at heavily discounted rates after the Latin American country defaulted in 2001.

Some 90% of Argentina’s creditors accepted a restructuring deal where they would receive 30 cents on the dollar.

Not NML capital though. It filed 11 law suits against Argentine government, seeking payment of the full amount.

The Supreme Court handed down two judgements last week on this case. The first was a refusal by the court to hear an appeal over whether Argentina needed to make payments to NML at all. The case has implications for every developing country that borrows money, because if NML Capital succeeds it will be extremely difficult for developing countries to renegotiate their debts in a crisis.

Patrick Mayoyo writing in Kenya’s Daily Nation highlighted some of the issues for Kenya. Kenya recently took the decision to settle a debt with First Mercantile, now based in Switzerland but previously of the British Virgin Islands. The government of Kenya was forced to pay up despite First Mercantile being implicated in the Anglo-Leasing corruption scandal in Kenya.

So who are NML capital?

NML capital is a fund managed by Paul Singer. Mr Singer has made a career of forcing poor countries to line his pockets through court action.  He once purchased debt issued by the Republic of Congo for $10m and then sued the government for $400m. He ended up with $127m.

NML is based in the Cayman Islands so it seems that while NML is insistent that it must have a larger share of the tax revenues of poorer countries, it seems less willing to pay tax in the United States. Just weeks after a US Justice department found Credit Suisse to be running a “criminal organisation” facilitating thousands of US citizens to evade taxes, a senior executive at Switzerland’s other banking goliath has now been charged with organised crime, money laundering, illegal practice and serious organised fiscal fraud. The allegations revolve around a multi-billion euro tax fraud involving Mr Bruehwiler, CEO of UBS’s Belgian branch. He denies the charges.

This is not the first time UBS has faced serious charges. In 2009 UBS admitted helping US citizens to avoid taxes and was hit with a $780m fine. The bank says that since 2009 it has carefully examined its rules and tightened them where necessary.

All of this scandal seems to have passed by the International Chamber of Commerce, the self-styled “world business organisation”. The ICC this week published a report calling for lower regulation of the banking system. It said that adherence to anti-money laundering regulations could damage trade.

Here at Wrapper Towers, we are indebted to the ICC for alerting us to this very real danger. Previously we had been labouring under the misapprehension that money laundering damaged trade. Now we can concentrate on what’s really important.

McLaren Formula One has been thwarted in its attempt to have the British tax payer pay for fines it incurred when it was caught trying to spy on its rivals. The racing team was fined £32m in 2007 which it then tried to claim as a tax deductible business expense.

Her Majesty’s Revenue and Customs disagreed and took the team to court. HMRC lost, but that bizarre ruling was overturned on appeal last week.

A few weeks ago we reported on former prime minister of Luxembourg Jean-Claude Juncker’s poor record on financial transparency. This week there is more background in Private Eye.

Despite this, the Tax Haven Candidate is still leading the race for the European Commission. Juncker has secured support from François Hollande, who has been highly critical of tax havens in the past.

The British Prime Minister David Cameron will call for a vote later this week on who will become the next leader of the European Commission.

The EU Commissioner is an incredibly important role shaping the future of European financial markets and tax havens are a major problem inside the European Union, as this article on Cyprus published recently in Quartz demonstrates.

Will the EU’s reforms on tax havens stall if Juncker triumphs? The Wrapper will be following this one with interest.

Will the real Deloitte please stand up? 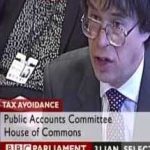 Deloitte, one of the Big Four accountancy firms, is threatened with court action by the creators of the famous Icebreaker tax dodge.

Icebreaker was a tax avoidance scheme used by many celebrities in the UK to write off millions in taxes. It was challenged and defeated by HMRC at a tribunal.

Afterwards Bill Dodwell, the head of tax policy for Deloitte, publicly congratulated the tribunal for defeating the scheme and said any appeal would be doomed to fail.

Icebreaker management were a little surprised to see this. It had instructed Deloitte as their solicitors to defend them at the tribunal. 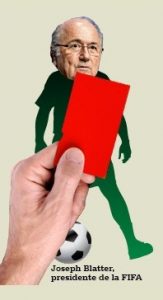 In recent weeks we have reported that Brazil was forced by Fifa to turn itself into a Tax Haven  country for the duration of the World Cup meaning it will see very little back from the hundreds of millions it has spent on the tournament.

Now a local Brazilian Group has started a petition drawing attention to this shoddy state of affairs. Feel free to register your protest here.