Three members of Take That, the highly successful UK boy band, have been caught “on the take” by Her Majesty’s Revenue and Customs (HMRC).

Gary Barlow, Mark Owen and Howard Donald all invested in a scheme called Icebreaker, which a UK judge has determined was an aggressive tax avoidance scheme.

Three of the five Take That members could be facing a bill of up to £30m.

The verdict is particularly serious for Gary Barlow who was awarded an OBE by the Queen.

A campaign has been launched to get Barlow, who projects himself as fiercely patriotic, to hand his award back.

Perhaps the most disturbing consequence of the Take That Three’s anti-social behaviour is that the whole band may have to perform a global tour to repay their debts. Haven’t we suffered enough?

Yet more evidence emerges of how the offshore economy bleeds Africa dry.

Global Financial Integrity has released a report showing the damage done by trade mispricing, the practice where goods and services are traded using fraudulent invoices. These often understate the true value, creating a tax evasion, avoidance and money laundering opportunity.

The report focuses on five countries, Kenya, Mozambique, Ghana, Tanzania and Uganda. The losses are huge. In Kenya’s case the amount of revenue lost by the government would almost plug the entire budget deficit of the country.

Politicians love saying tax avoidance and white collar financial crime is a serious issue. However, new evidence shows that actually doing something about it seem less of a priority.

Research from UK law firm Pinsent Masons shows a sharp decline in criminal prosecutions for white collar crime in the UK, while reported crime has shot up.

The blame for this is laid squarely at the UK government who has made cuts to law enforcement agencies as part of their austerity programme. Financial crime is estimated to cost the UK economy £80bn a year. The cost of the UK’s Serious Fraud Office: £37m

You can’t be serious… 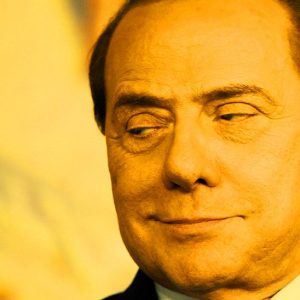 Another fan of tax amnesties

Previously on the Wrapper we have reported that countries such as Italy and the United States have considered dealing with the illicit financial flows problem by effectively giving up tackling the problem.

Of course as with all amnesties the measure would be one-off, only available until … the next amnesty.

Now Bangladesh is the latest country considering giving up on illicit cash flight with the chairman of the National Board of Revenue recently speaking favourably about an amnesty.

However as numerous economists have pointed out, previous amnesties have given only a marginal benefit to the government while doing almost nothing to stop illicit financial flows.

Lobbying by the queen’s tax havens against the UK government’s decision to implement a register of beneficial ownership has begun.

Grant Stein, chairman of the International Financial Centres Forum, has a lengthy interview in the Cayman Islands Journal. 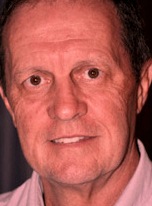 The IFCF is a “private sector organisation with members operating across a number of British Crown Dependencies and Overseas Territories”. Among its members are specialist offshore law and accounting firms including Maples & Calder, Mourant Ozannes and Ogier – all members of the so-called Offshore Magic Circle.

Stein is at pains to stress that there is simply no need to create beneficial ownership registries as the Caymans, for instance, “already has the proper supervision in place for corporate service providers as a means of conducting effective data collection and, in particular, verifying client identity.”

Stein says the push for beneficial ownership registries comes from those evil, money-grabbing, asset-rich organisations, Oxfam, Global Witness and Christian Aid which “allocate up to 10 to 15 percent of their revenues to their political agendas.”

These NGOs, suggests Stein, believe that “tax structures employed by multinational corporations have a direct negative impact on people in Africa.”

This is just shocking.

Surely everyone knows that the international taxation system works against the interests of multinationals, hedge funds and private equity tycoons.