Welcome to the Olympic Edition of the Tax Justice Network’s Offshore Wrapper.

There have been many reports in the world’s media focusing on how the $51bn spent by the Russian state has sparked virulent corruption.

On the eve of the games, the Head of Transparency International UK, Robert Barrington asked how much the UK financial sector has helped with the Olympian task of shifting money out of Russia.

He also criticized the International Olympic Committee for saying nothing about corruption in Sochi, which has stained the Olympic movement’s reputation. 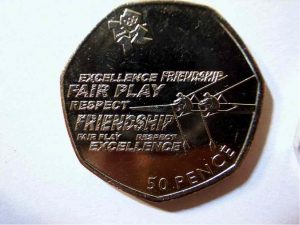 But is this any surprise? The Olympics has a notorious tax avoidance history. Like many international sports organisations, it is based in Switzerland, which gives it a substantial tax break on its staggering income – an estimated $8bn between 2008-2012).

A report by Ethical Consumer estimated that the UK government lost £700m in taxes during the 2012 summer games from tax exemptions to the IOC and the London Olympic Organizing Committee. This was even before the corporation tax lost through tax breaks given to multinationals supplying the games.

Most worryingly of all, it seems that turning the Olympic village into a temporary tax haven for large and wealthy international businesses was a price demanded by the IOC for hosting the games. It’s a bit like the “tax bubble” stripping revenues out of poverty-stricken South Africa during the World Cup.

And let’s not forget that there’s only one Olympics, and only one World Cup: these are monopolies – and ultimately the super-normal economic profits that accrue, over and above the costs, are for private gain. Every reasonable economist knows what we ought to do with unearned rents from monopolies and their like: tax them, and at very high rates. Which is, of course, the very opposite of what’s happening.

Billions Flowing in and Out of the Philippines

This week we reported on a study from the Washington-based thinktank, Global Financial Integrity which has documented the vast quantities of illicit financial flows moving through the Philippines over the last 50 years.

The report found that $410bn flowed in and out of the country during the period, including US$132.9 billion in illicit financial outflows from crime, corruption and tax evasion. The report also found that a staggering 25% of the value of all goods imported into Philippines goes unreported to customs officials.

An article in thisismoney.co.uk provides a fascinating insight into the careers of former Olympians.

Former British Windsurfer Simon Goody, who competed in the 1988 games in Seoul, is now apparently a “tax mitigation expert” advising small time property speculators how to avoid taxes on rental properties in the North East of England.

He is quoted at a seminar in London promoting an offshore scheme and boasts:

‘This has got a 1,000-year shelf-life. The taxman cannot tax you retrospectively because you have given them full disclosure and signed it off. I have a lovely piece of paper from HMRC saying all your expenses have been cleared.’

The article, looking at how a modern day Gordon Gekko, Raj Shastri, wants to help us all become property millionaires, is well worth a read.

This week the delayed Anti Money Laundering Directive returns to the European Parliament. The Directive will, among other things, insist that European Union nations set up a register of beneficial owners of companies.

This will mean that people controlling companies in Europe will find it harder to hide behind shell companies in secrecy jurisdictions to hide their identities, and should make it easier to combat money laundering, corruption and tax evasion. Crucially, the register should be publicly accessible to journalists, NGOs and other civil society organisations. 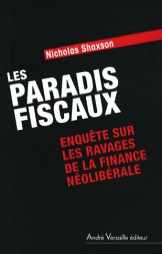 This week President Hollande continued his campaigning on this issue. During a visit to an online retailer in Paris the French President said that France would not tolerate the tax avoidance strategies used by global tech firms.

This came just days after the country slapped a billion-Euro tax bill on Google, ahead of a visit to the US where President Hollande will discuss the issue with President Obama.

The Offshore Wrapper was written by George Turner. To subscribe to our news output, please click here.

Swiss Finance Directors Push For Corporate Tax Reform Tax-News
“Despite the privileged taxation of international companies, they are nevertheless a key source of income for the state”

Avi-Yonah Posts Tax Papers on SSRN TaxProf
Reuven S. Avi-Yonah has posted several tax papers on SSRN:
Is it Time to Coordinate Corporate Tax Rates? A Note on Horst
The One Percent Solution: Corporate Tax Returns Should Be Public (And How to Get There)
No Country is an Island: Is a Radical Rethinking of International Taxation Needed?
Splitting the Unsplittable: Toward a Formulary Approach to Allocating Residuals Under Profit Split

Global version of FATCA could be a reality in a few years, say industry officials Thomson Reuters / Compliance Complete

India: Decision to blacklist Cyprus for not providing tax data will hit developers and realty funds The Economic Times

Where are Google’s missing millions? iol

Obama Tax Rhetoric on Offshore Profit Falls Shy of Action Bloomberg
See also: U.S.: Has the Tax Code Been Used to Reduce Inequality During the Obama Years? Not Really. Citizens for Tax Justice

Briefing paper on Emerging Capital Partners case and review of European law on money laundering Eurodad
Briefing by Eurodad member Re:Common and partner Counter Balance on the the Ibori case.

Zambia: Miners to get royalties reprieve The Herald
See also: British Company Vedanta-KCM Made $362 Million In 2013, Report Reveals CODESRIA , on the report Copper Colonialism: Vedanta KCM and the copper loot of Zambia

France to bill Google for $1.35 billion in taxes PressTV
“By transferring most of its revenue from France to Ireland, which enjoys a low corporate tax rate, Google has diminished the amount of tax it pays in France.” See also: Yahoo ups sticks to Ireland for European operations ITProPortal

Raj says he can make you a property millionaire if you hand over £10,000. Do you believe him? This is Money
A reporter attends a seminar touting tax dodges via offshore